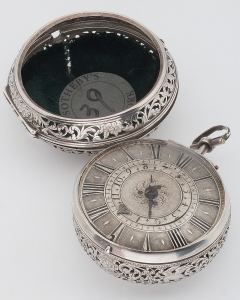 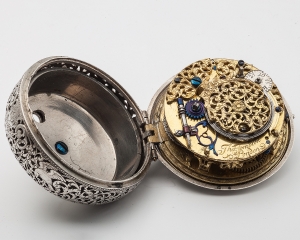 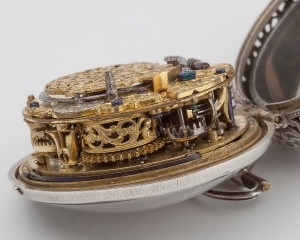 Tompions first series of numbered watches started circa 1681, this watch can be dated to 1683 as we know that 406 was completed in 1683 and 563 completed in 1684. There are only two numbered alarm watches recorded by Thomas Tompion, numbers 461 and 1290, which has a later outer case. Unusually, the inner and outer cases of 461 were made by two of Tompions watchcasemakers and they fit and match perfectly. Only eight non-timepiece watches are recorded which include numbers 20 and 67 although these are coach watches with alarms.